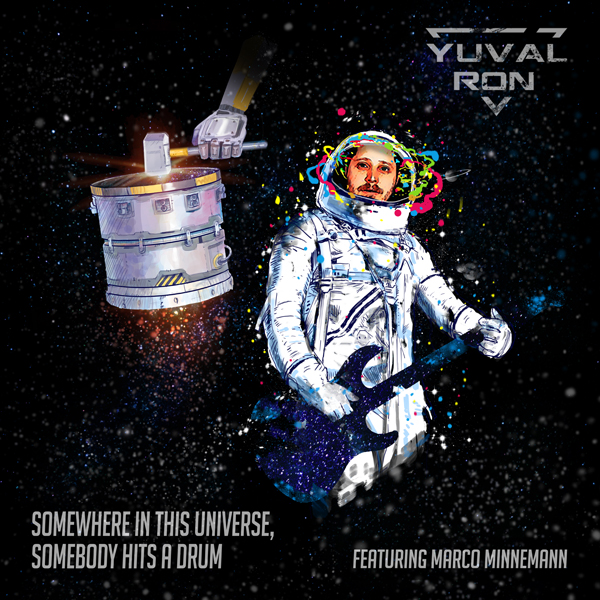 Additional vocals on “The Discovery of Phoebe” by Dorin Mandelbaum

All music by Yuval Ron

The Discovery of Phoebe is dedicated in memory of Allan Holdsworth.

Buy Now
Music by Yuval Ron except for “Sayonara, Milkyway!” by Ofir Shwartz

Vocals on “Prelude”, “Postlude” and “Objects In The Mirror Are Larger Than They Appear” by Dorin Mandelbaum 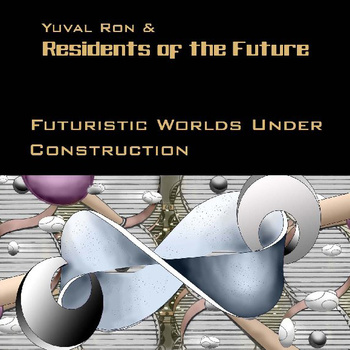 It’s a well-known game no one would like to defy
But I’ve got my edge to admit it:

When their interest is gone, you’re all on your own
Looking out for a way
It’s a matter of trust –
Are we here to abide
To the flags that are waving?

“Before you even listen to it, it’s clear that Yuval Ron’s Somewhere in This Universe, Somebody Hits a Drum is a very serious record. Stoic, in full astronaut gear, Ron floats in space on the album’s artwork, a definitive image for the odd mental cinema the record scaffolds—with the crucial role of drummer played by Marco Minnemann. It’s there on the final frontier, equipped with astral, analog synthesizers, arresting time signatures, and a generous helping of self-satire, that Ron presents his open jazz/metal echo of classic prog dipped in an absurd crystalline fondue.

It all begins with a march and a regal Gregorian yodel heralding the space voyage, and unfolds through Ron’s peaceful-stream-meets-metal-arpeggios guitar, and the occasional tubular bell and aural suggestion of space monsters (by growling, distorted effects). Matt Paull on keys and Roberto Badoglio on bass complete the quartet, together cultivating a fertile prog playground … in space.”